"Geopark through the Lens" contest winers are awarded

The winners and prize-winners of the "Geopark through the Lens" contest were awarded in the office of the "Toratau"Geopark. 16 people received prizes and diplomas 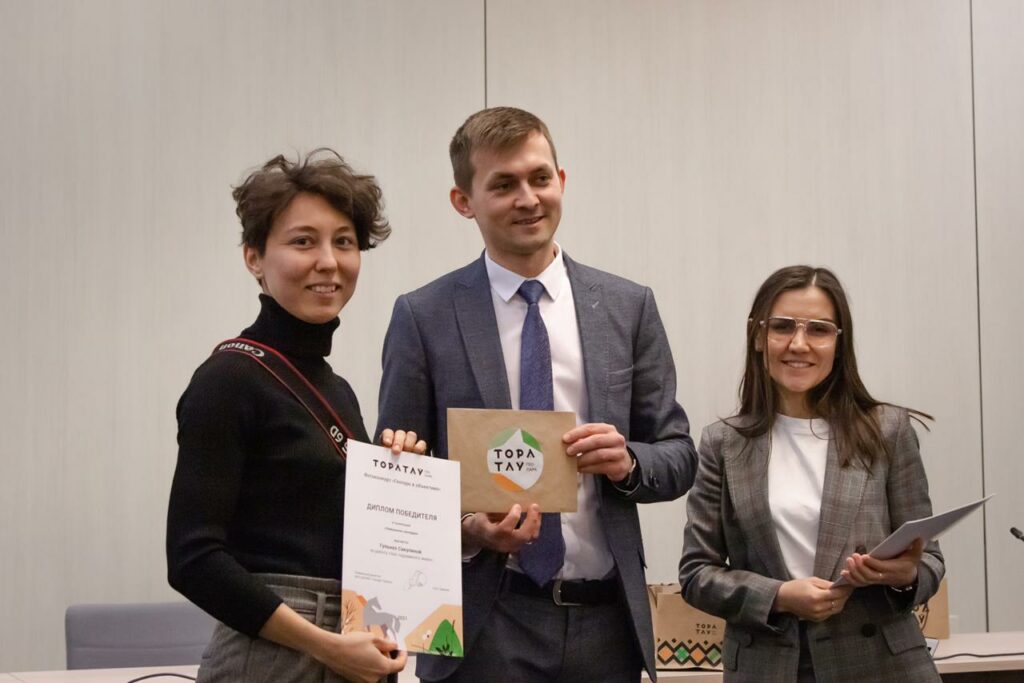 Director of the Geopark Ainur Samanov thanked the participants of the contest and told about the plans to organize an exhibition of the best images in the oncoming visit center at the foot of Shikhan. Several galleries of the republic expressed their desire to host a traveling exhibition, so that as many people as possible could enjoy the sights of the territories.

The participant of the contest from Ishimbay, Pyotr Orlov, presented the idea of photo tours of the geopark. As a local resident, he has traveled a lot and knows the best places and time for beautiful photos.

The idea of creating a photo book based on the results of the competition was also discussed.