On December 10, in the Ufa Congress Hall "Toratau", the Head of Bashkortostan Radiy Khabirov held the first meeting of the Board of Trustees for Geoparks of the republic. The participants discussed the prospects for the development of geoparks in the region and the creation of the necessary tourist infrastructure 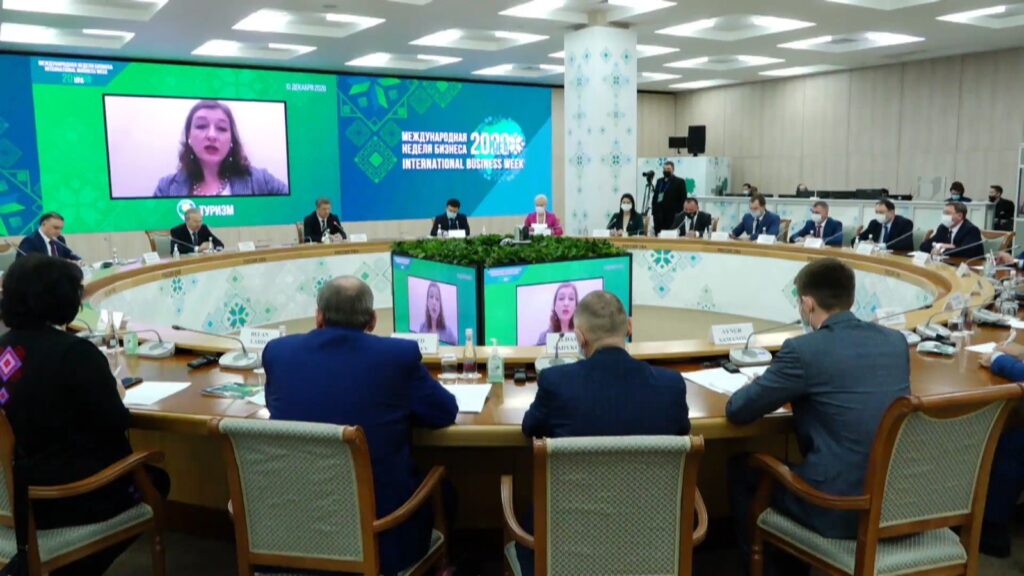 The participants were welcomed by Elena Lysenkova, Head of the Department of State Tourism Projects and Tourism Safety of the Federal Agency for Tourism. She highlighted the importance of creating geoparks for the development of ecotourism in the country.

Ainur Samanov, Director General of the Toratau Geopark, told how the work on joining the UNESCO Global Network of Geoparks is progressing. He noted that the preparation was carried out by a team that has already walked this road with the Yangan-Tau Geopark, which allows us to take into account the invaluable experience of our colleagues. In November, the nomination dossier for "Toratau" was sent to the headquarters of the UNESCO Global Network of Geoparks in Paris, and representatives of the Global Network confirmed its receipt. Until May-June 2021, all documents will be studied, and in June, according to the regulations, it is planned to visit experts who will study the territory and the work of the geopark administration for compliance with the principles of sustainable development.

Ainur Samanov noted that joining the UNESCO network is impossible without involving the local community in the development of the territories, so the Toratau Geopark actively interacts with local entrepreneurs, residents of villages and villages, and schoolchildren. In the summer, there were guided tours, and in the fall – scientific lectures. The geopark is actively involved in the program for pensioners "Bashkir longevity. Tourism".

Concluding the meeting of the Board of Trustees, Radiy Khabirov noted that the work on the development of geoparks in the republic should be continued, and the board would meet periodically.